HISTORY OF THE WOODWORKS MUSEUM

The Woodworks Museum was originally built to highlight the work of the Queensland Department of Primary Industry and Forestry. These are photos from the construction of the Sawmill in the Museum grounds. It was originally hoped to transport the Elgin Vale Sawmill to the grounds, but deterioration meant that it was a better option to reproduce the mill from new material.

The Museum building is built chiefly from rough-sawn tallowwood and spotted gum, the construction reflects the bush-style architecture that follows the rolling topography of the site, resulting in a multileveled building with a sunken demonstration pit and exhibition areas. Mezzanines above the pit provide excellent vantage points for visitors to watch demonstrations.

The building is made from Australian timbers:

All structural timber and flooring are of tallowwood and ironbark, milled from specially selected trees. Internal linings, ceilings and external weatherboards are spotted gum. Banisters, doors and window frames are silky oak. The entirety of the offices, including the ceilings, are lined with hoop pine.

Traditional methods were used to install the galvanised iron roof, guttering and down pipes. All ironwork throughout the buildings was hand-made by the Imbil Forest Station’s blacksmith.

The fences demonstrate four styles of construction. All use yellow stringybark for the round posts, which are higher than split posts, and mainly yellow stringybark for the rails. Some bloodwood, ironbark and Gympie Messmate were also used as rails. Early settlers generally could not afford iron and steel, which was both scarce and expensive; thus they used the most readily available material, usually wood, in a variety of ways.

The Museum Building Under Construction 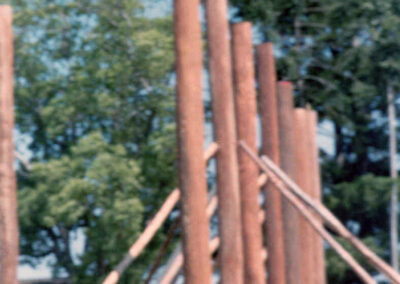 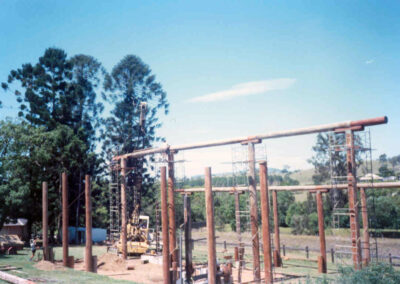 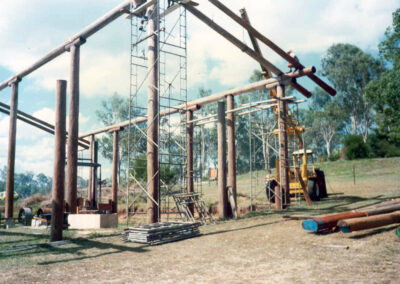 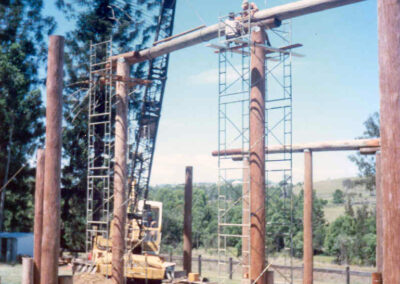 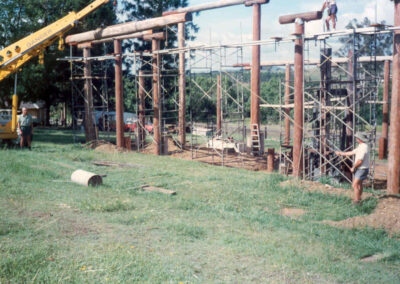 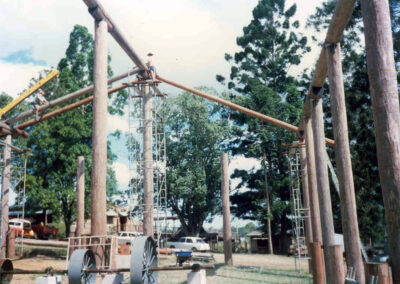 The old Forestry Depot store was built behind the Lands Office in Channon Street by W.F. Stretton in 1856. It initially housed Gympie’s Government Mining Surveyors. The building was shifted to the King Street Police Reserve and occupied by the police until 1949 when it was handed over to the Forestry Department and used as a depot office and store. In 1999 it was split in two and was officially opened as “The Forestry Depot” at the Woodworks Museum.

This historic building reflects the buildings of the era with a gabled galvanised roof and weatherboard cladding. The doors are red cedar and internally it is lined with double beaded, 8” horizontal hoop pine boards typical of the pre 1910 style. 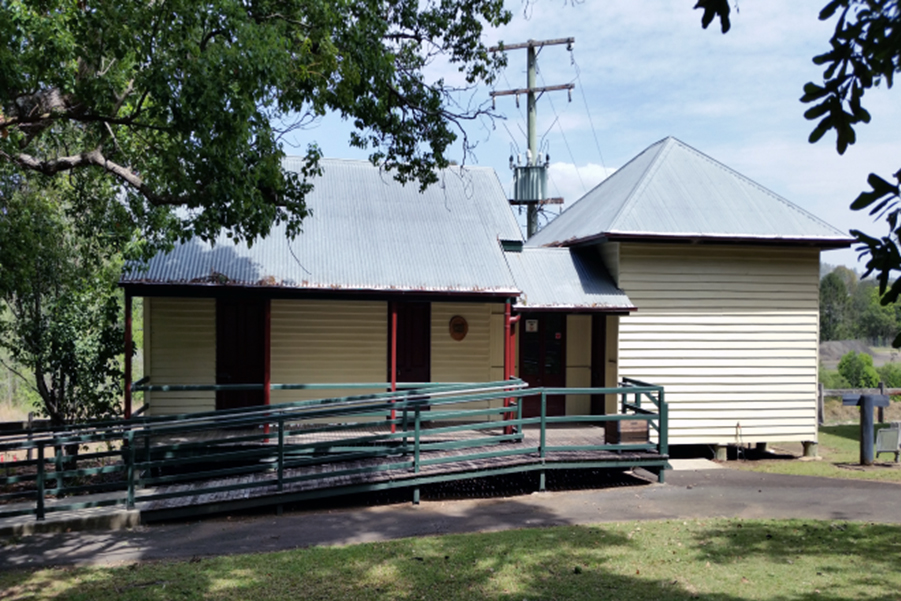 John Huth’s Journal has been instrumental in saving a lot of the documents from the past. His journal gives some interesting insights into the early settlement of Imbil and the forestry development there during WW1 and later. He talks about the History and use of the land, gold, agriculture and dairy industries, logging and private sawmilling and early forestry plantation practises. Along with work colluge Peter Holzworth the produced 2 important papers.

Araucariaceae in Queensland
Paper presented at one-day symposium on the history of the Araucarian forests organised by Australian Forest History Society. Tuesday, 9 August 2005, Lecture Theatre of the Queensland Museum Brisbane.

Both these papers are available for public viewing below.